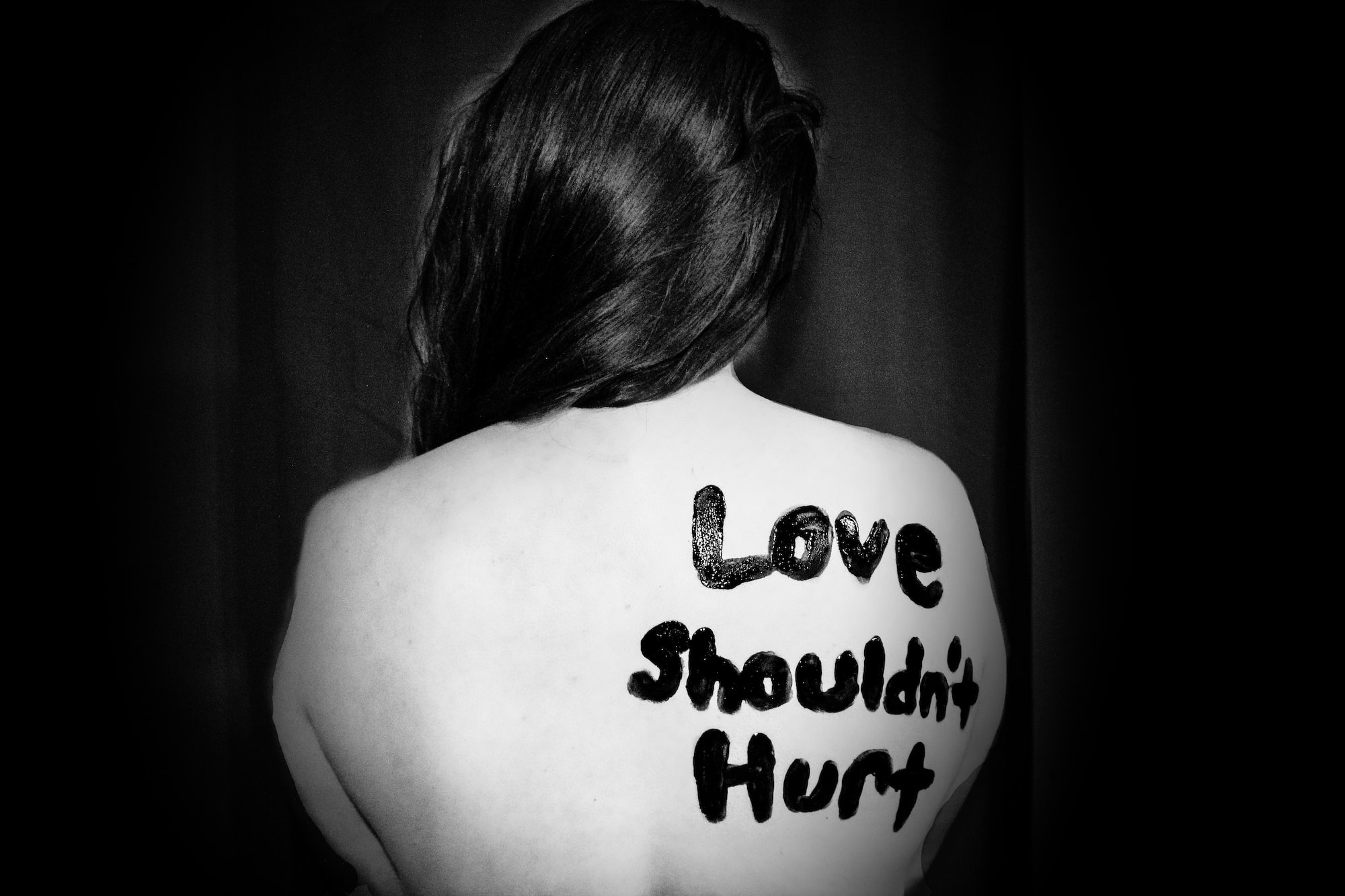 Today has been another long Saturday. I did not go to bed early yesterday, the screams from the Atiládés’ flat had kept me awake, and even after it stopped, my brain didn’t shut down.

It has been a long time since we heard Aunty Ìrètí’s scream, at least not since she fainted and lost her pregnancy. I heard Mr. Atiládé has been walking on eggshells around her, apologising and buying her gifts. But last night was different, it seemed he was done with the eggshells and had gone back to his old ways.

“You look tired my dear” Mummy Oyéwọ̀ said earlier in the day as we sat in front of her flat.

It has now become our tradition, every Saturday afternoon, we sit outside her flat and talk for hours. Today, we were not alone. Her childhood friend, Mrs. Adélọ́wọ̀ was visiting, so she joined our little tradition.

“Why do you think she stays,” I asked looking in the direction of the Atiládés’ flat.

“You mean Ìrètí?” She inquired

“Yes,” I responded. “I don’t understand it. He beats her, he has sent her to the hospital at least once since I have known them. Yet, she collects the gifts, covers up her scar and wears a smile. It must be hard to pretend to be happy”

“I’ll like to know her reason myself,” Mummy Oyéwọ̀ said. “In my days, I’ve heard so much about husbands beating their wives. I’ve spoken to a few women who were close to me, yet their reasons for staying differs yet so similar”

“You know the last time she was rushed to the hospital, I asked Mama Augusta why a woman would stay. She said ‘Sisí, you are not married so you may not understand. Marriage is forever and a woman must persevere no matter what’. She told me that a woman’s place is in her husband’s house and that a husband’s home is a place of learning. I wonder if that’s Aunty Ìrètí’s reason”

“I hope not, my dear” Mrs. Adélọ́wọ̀ who had not said a word finally said.

“This Ìrètí that you speak of, I was her once.” She continued.

“Thinking about it now, it seemed like a lifetime ago, like I was a different person. When I married Ọlánrewájú Adélọ́wọ̀, he promised me the world, but instead, he gave me hell. You see, he will beat me at the slightest provocation, he will tell neighbours who bothered to ask him that he was only disciplining me.”

She shook her head and chuckled sadly “Yes. He would beg me, and swear to never beat me again. I couldn’t tell anyone at first, not even Ìyábọ̀ here” she said nodding at Mummy Oyéwọ̀.

“I just couldn’t bear the shame of going back to my father’s house. You know, at that time, we young ladies move from our father’s house into our husband’s house. We never live alone, and leaving your husband’s house means moving back home. It was a shameful thing, so I decided to bear it all, hoping he would change eventually. Then, children came, and they became my excuse for not leaving Ọlánrewájú”

“So, you didn’t tell anyone at all?” I asked

“I did, eventually. ‘Keep praying. Don’t make him angry. Respect him. Avoid his troubles’. That was the counsel of my mother. She said I should persevere, she reminded me of the shame of coming back to my father’s compound. ‘Will you leave your home and come here? You no longer have a room here, you know. Persevere. Just focus on your children’ She kept telling me.”

“What about Mummy Oyéwọ̀? You didn’t tell her?” I asked, wondering what her counsel was at the time

“I didn’t but she found out herself. She came to visit me and saw my swollen eyes, and knew without a doubt and in spite of my excuses that I had become Ọlánrewájú’s punching bag. I will never forget what she said ‘Your life is in your hands my dear friend. Love never hurts, so make a decision. If you die, your children will survive, and by staying you are teaching them that this is okay’. I knew what she meant, yet I told her and convinced myself that my children know nothing about what was happening.”

“Yes, they did. I thought I was doing a good job at hiding but I wasn’t.”

"So what made you leave eventually?” I asked.

“I didn’t leave, he did.” She responded. “He died. His death broke us, but it also built me back up. Finally, I was free.

I didn’t know how much my children knew until two months after their father’s death. The fan we were using in our sitting room had broken down and I told my children that we will bring out the one in my room. My 15-year-old daughter said ‘Mama, let’s take the one in Daddy’s room, he can’t beat you anymore’. I was sad. I hated myself for being so weak, and for not leaving.”

“You’ve had a hard life” I commented sighing.

“Yes, my dear. After that comment, I realised my error; that in trying to protect my children by staying, I was exposing them to violence, I was teaching them that its okay for love to hurt over and over again.  It took me a while to explain to them that what their father and I showed them was not how a marriage should be.”

She looked at me, then Mummy Oyéwọ̀ and said “A lot of women died. I was lucky to have escaped death.”

“Tell this Ìrètí you speak of that her life is in her hands. Tell her that love doesn't hurt” she concluded.