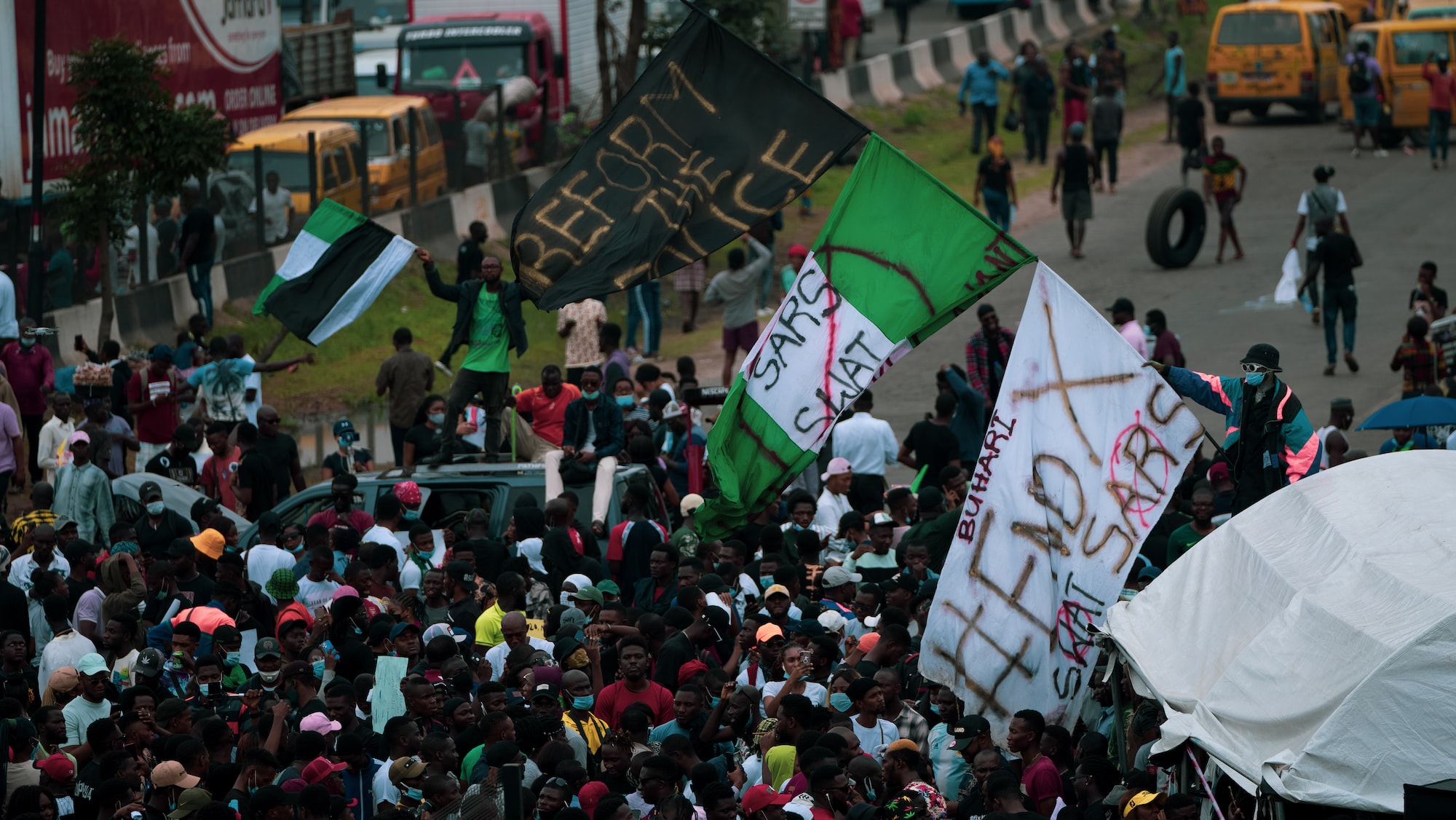 To be Young and Nigerian has meant different things to me throughout my whole adult life. It meant to be deprived of rights, to be harassed, robbed, and even killed by the Police, and to get no justice. To pray for amenities so basic.

But for the first time, to be young and Nigerian meant something different to me. It meant to be strong, courageous, and undividedly focused on a single goal to #EndSARS and to say in one voice, ‘Enough’.

It was a proud moment, forever etched in my memory and in history.

“We are not asking for too much, just to be given a chance to live, and our government should be able to see this.” But we were wrong, they saw it and responded with more violence, carving it clearly in stone that our lives do not matter.

So, today, to be young and Nigerian is also to be haunted, and killed by our own Armed forces at the instruction of our own government.

To be Young and Nigerian is to be taken for a fool, and lied to by the men in power who somehow wanted to sell us the idea that the massacre watched live by thousands was photoshopped.

To be young and Nigerian is to be threatened by the Commander in Chief, for daring to ask to be allowed to live.

But despite all, be young and Nigerian is still many things.

It is to hold up the flag, and sing the national anthem in a broken voice, as the military close in, guns blazing in the dark.

It’s also to cry, to despair, to joke and laugh after the Commander in Chief issued subtle threats. And then to rise again and say #Itisnotfinished.

To be young and Nigerian is also to wonder what next?

Do we throw in the towel, and let the deaths be in vain?

Or do we continue and risk more deaths?